If you are contemplating purchasing an air purifier, there are several things that you should take into careful consideration.

The biggest of all though should be whether or not an air purifier is safe to use and whether or not it can be used within the home on a continuous basis.

In general, one wants to know that the product that they are buying is safe in order to keep themselves as healthy as possible.

Luckily, we can report that an air purifier is totally safe if used as instructed by the company that produced it.

Nonetheless, it is of great importance to mention that some types of air purifiers will release ozone and other potentially dangerous products during the cleaning process that could pose a serious risk to your family and pets with steady exposure.

This question may seem a bit peculiar to those who have one of these units in their home and have used it for years, but it is understandable as to why someone would be interested in knowing the answer to such a question.

We have decided to provide some answers to that question and hope to put your mind at ease.

There are some safety considerations to keep in mind.

Like any other home appliance, an air purifier is required to be plugged into a power source in order to work, leading many purchasers to speculate if the system can be used on a continuous basis safely.

The answer to this question would be yes!

It is totally safe to have your air purifier on as often as you like as long as the wiring in your home is not faulty and have undiscovered areas of concern that could lead to an appliance not operating correctly.

A major area of concern that many have when it comes to air purifiers is potential ozone exposure.

Many people are aware of the fact that units that employ ionization technology will create a surplus of ozone in the process of generating negative ions in the air.

Normally this is a bit of a mix-up regarding the similarities shared between the ionizer technology that is found within an ozone generator.

It is well documented and constantly being confirmed by health professionals that ozone should be avoided as much as possible in efforts to reduce potential health concerns who have existing health conditions, but it is also not wise for those who are healthy to be around the fumes for prolonged periods either.

Some examples of the issues that you could face include shortness of breath, headaches, and irritation of the eyes and throat.

It’s safe to say that it isn’t a fun experience.

Luckily the small amount of ozone produced by an ionization air purifier will be offset by the large number of ionizers that are also produced.

This isn’t to say that all air purifiers are bad, in fact, they have some real benefits that you are sure to enjoy and make your home safer.

Do you suffer from allergies?

A ton of people have seasonal allergies, but it is becoming increasingly more common for people to be plagued with allergies continuously throughout the year.

This can be hard to deal with and people will do anything in an effort to get a bit of relief.

An air purifier that has a HEPA filter will quickly take care of the issue and remove any allergens that may be in the living space.

This makes the home safer as you aren’t consistently being exposed to allergens.

On top of that, If you have a pet there is likely an abundance of dander in your home.

Some people react very severely to this as they are allergic.

This can put your health in jeopardy and make you consider rehoming your furry friend.

There is no need for that though as the purifier has the capability of removing it from the air.

The bottom line here is that an air purifier is completely safe to have in your home.

The technology used does not have any blatantly obvious signs of danger while functioning as intended.

It is, however, important to note that you should only use the machine as directed by the manufacturer.

We hope that this has answered your question of “Is air purifier dangerous?”.

If you have any further questions or concerns, please do not hesitate to reach out as we would be more than happy to help you. 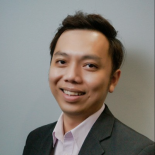